Product Availability Changes Daily - Call, Email or Use the Chat Below 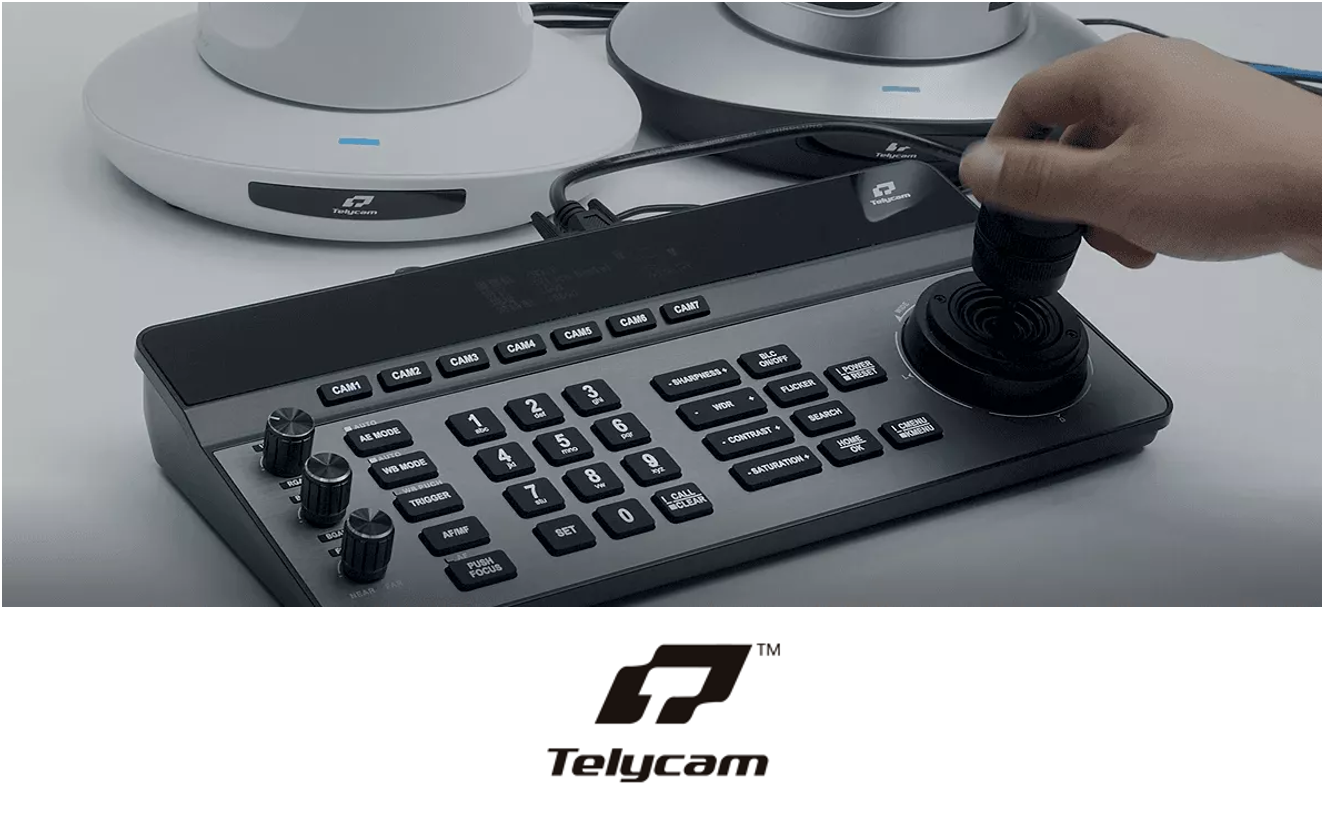 Control cameras at the same time
TLC-50TC-NDI supports NDI (optional), VISCA over IP, VISCA Serial, ONVIF, Pelco-P, Pelco-D, VISCA TCP, VISCA UDP, and many other protocols, allowing users to control multiple cameras with different protocols with one keyboard, or multiple keyboards controlling one camera through a network interface. And it also supports up to 7 cameras of daisy chain control.

Intuitive Interface
Joystick: TLC-50TC-NDI is controlled with a four-dimensional joystick, which feels comfortable in the hand and gives smooth control of the camera’s all-around rotation and zooming in and out of the lens.
Function Controls: The control buttons and function knobs are simple and complete, allowing you to set the camera’s exposure mode, white balance mode, and focus mode, as well as adjusting parameters such as sharpness, contrast, saturation, wide dynamic, and anti-flicker, so you can adjust each function according to your personal preferences and scene applications.
Presets: The 128 preset positions can be set, recalled, and cleared via the numerical button area.
Shortcut Control: The TLC-50TC-NDI also comes with 7 camera shortcut control buttons, which are both convenient and fast, increasing the speed of switching control back and forth between multiple cameras.

Nationwide Services - Design, Installation & Support - A Partner You can Trust

We have a full range of services available for your Video Conferencing projects - from a single room, to a nationwide rollout. We can help you design, configure, install and support your organizations video conferencing needs. We know first hand how video conferencing products for your meeting rooms can create confusion, when you're buying multiple components. We believe you should get high quality products, from the best manufacturers - then buy from a partner who tests what they sell, and gives you the best experience for your dollar. At VideoConferenceGear.com, we do that - we only represent the best and test everything we sell before we recommend it or sell it online.